Why do some Startups Succeed and others fail? 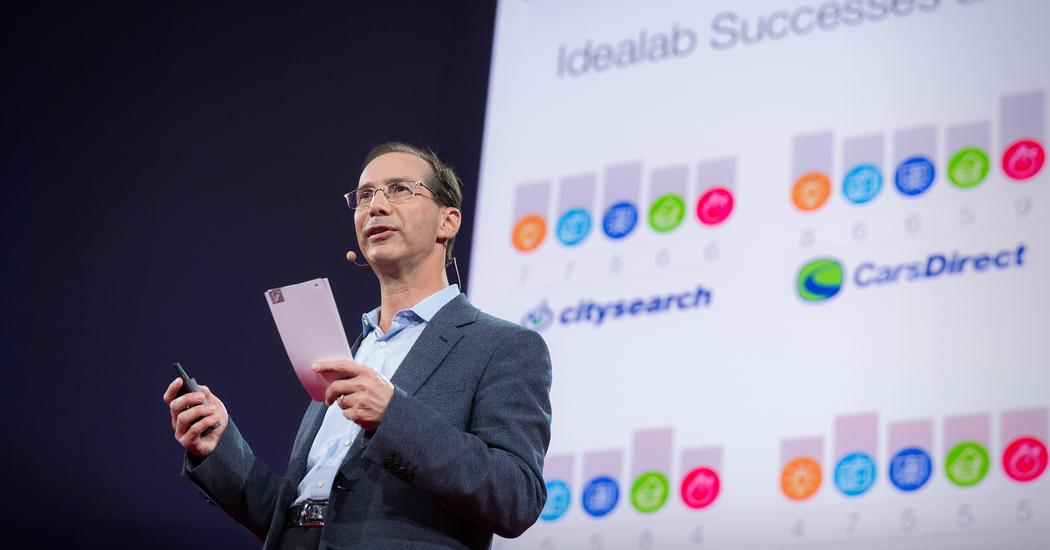 One of the most complicated questions to answer in business is why some ideas succeed and others fail.

Startups almost always start as a staggering journey into the unknown, one in which entrepreneurs need to make sacrifices, accept ambiguity, deal with challenges, emotions, and pressure.

A startup is a human institution designed to deliver a new product or service under conditions of extreme uncertainty. – Eric Ries – The Lean Startup

Anyway, this article is based on an interesting TED Talk by Bill Gross , who is the founder of the first US-based startup accelerator: Idealab.

Who is this Bill , Bill Gross is a smart guy. Twenty years ago he started Idealab. They have started over 100 companies. They have had some successes and many failures.

Bill Gross loves startups. He believes the best ones can unlock human potential. Bill wanted to pinpoint what factors or factor accounts the most for a companies success or failure?

Gross set out a hypothesis to rate all of his startup companies across five capabilities which might explain it. They are 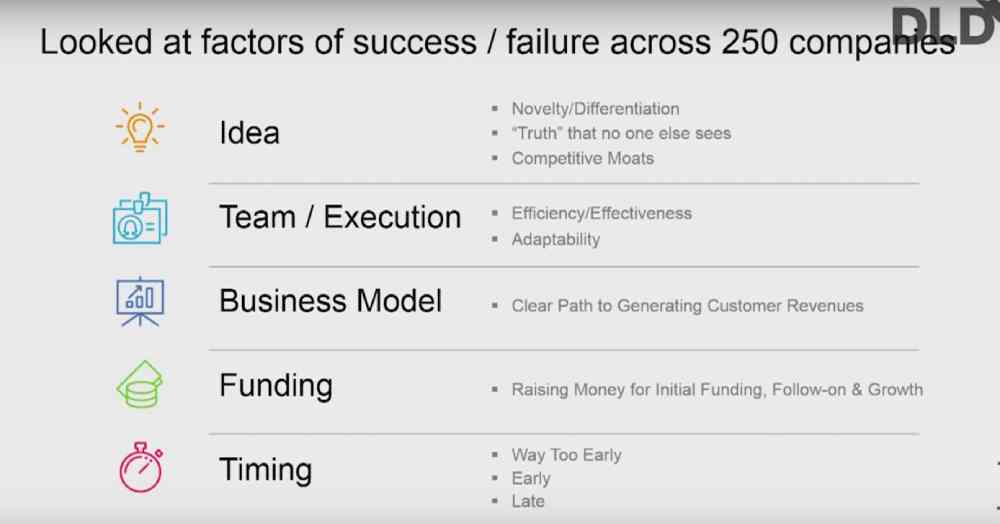 Ideas: How good / original / valuable was the idea which the startup was working on? What problem were they trying to solve?

Team: Did the company have the team and leadership to actually execute the idea?

Business Model: Did the company know how it would make money?

Funding: As the companies were predominantly technology-based, how much money did they raise to fund their growth?

Timing: Was the company working on the right things at the right time?

What is the Single Biggest Reason then 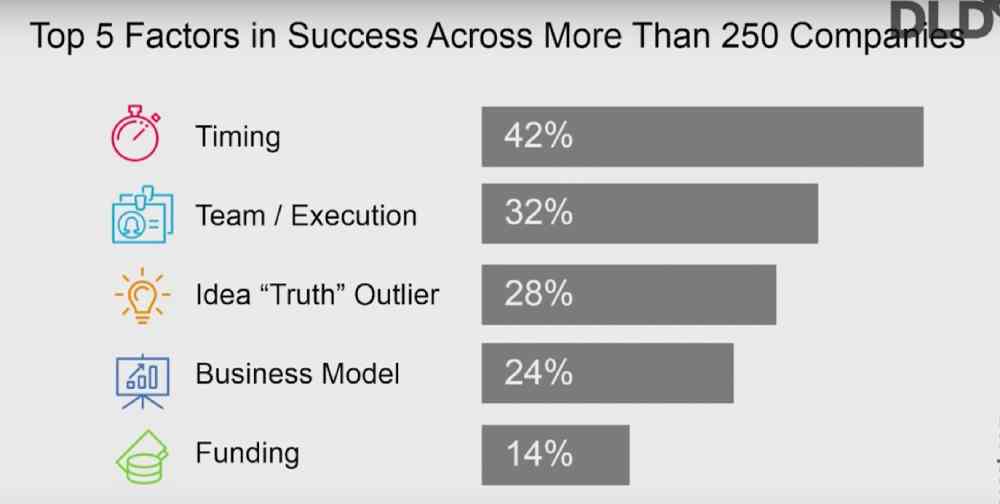 Sometimes companies receive a great deal of funding – maybe this could be the factor for success? That’s not the case. Well funded companies only accounted for a mere 14% success ratio.

It’s always important to know if the company has a clear path to generate revenues. But Bill notes that you can start out without a business model, and create one later. He pointed out that YouTube didn’t have a business model.

Bill loves big ideas.  He even named his company Idealab because he loved the “ah-ha” moment of coming up with a great idea. But ideas only accounted for a 28% success ratio among the companies he reviewed.

According to Bill’s experience, he knew that the customer is the true reality. During the TED talk, he quotes Mike Tyson who said: “everyone has a plan until they get punched in the face.”

If a good team can adapt to the true reality of a demanding customer, perhaps the team is the truest indicator of success for a start-up?  But ‘team’ fell short as well. Accounting for only a 32% success ratio.

Accounted for a whopping 42% of the difference between success and failure, timing is the winner. Bill noted that many investors passed on AirBNB. Most thought that it was odd for a person to rent out a room in their home to a stranger.

Based on Bill’s presentation, aside from a great business model, and a great team, AirBNB had timing on its side. Launched during the recession when people needed extra cash. Wiping out the stigma attached to it.

Uber benefited from launching during the recession as well. Drivers were looking to pick up some extra money to supplement their income.

The ideal matters a lot. But timing matters more.

I am NOT sure whether I agree with these factors but there are very important factors to be considered if you are an owner of a startup company or part of a team.